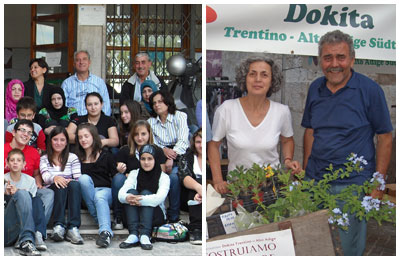 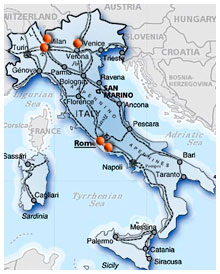 Rome is the cradle of the Congregation. The ancient hospital of Santo Spirito in Saxia the religious community of nurses first opened in 1857 as  Luigi Monti its founder. The presence in Rome has grown significantly because of these origins: the Casa in Trastevere, the General House in Bravetta area, hospitals such as the Immaculate Dermopatico Institude (IDI); and San Carlo on the Via Aurelia, the home for people with AIDS. Dozens of Congregation religious, witnesses of charity, are buried in the Campo Verano Cemetery Flaminio.

Saronno – Follow your heart …  “Here I place my heart,” said Father Monti when he arrived in the city in 1886. He died in 1900 and today it is the “Mother House”, a place of intense signs and values communicated by the beautiful Shrine montiano with its crypt, the tomb of the founder, the cloister, the museum, the arcades.  Today Saronna maintains a tradition as a qualified property professional and technical training, especially in the graphic arts, and as a medical clinic and sports medicine. The house is a place of pilgrimage and visits to the famous Exhibition of cribs. Located in the heart of the historical center Saronnesi Institute Padre Monti has become a landmark o 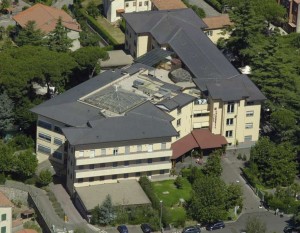 f the identity of the city.

In Montefiascone, severely disabled people and older people requiring assisted living receive aid via Villa Santa Margherita, a flagship of care and the health of Lazio. Present in the city since 1956, the Congregation has also managed small local hospitals for many years in Orte, Civita Castellana, Nepi and Capranica.

In Trento the CFIC works in Arco, where it operates since 1938. Since 2003, the congregation works in partnership with 500 member households to develop an elementary school, middle school and high school with portions to address health.

The Seagull in 1984 at the forefront as a day center for the disabled. The House of Ivan, an apartment intended for those who no longer have parents to ensure there is always a roof over their heads and warmth in their hearts and home.  In the mountains of Cuglieri, 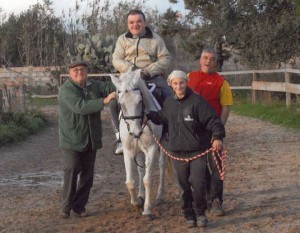 dynamic youth work the Spirituality Center SS Annunziata, a point of reference for the parishes and youth groups in the region.

The Congregation has been present in Calabria (Polistena) since 1934, managing an orphanage which became necessary after devastating earthquakes in previous years. Today the Luigi Monti Community is involved in activities such as community-dwelling blend with daytime activities on behalf of children, accompanied by the entire association dedicated to the promotion of youth sport. 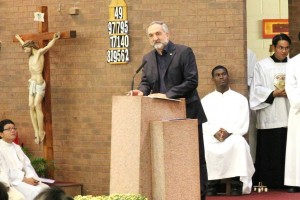 Br. Ruggero Valentini was elected Superior General on August 5, 2010.  In over 150 years of the history of CFIC, it was only the second time that a religious layman was elected to guide the Congregation. Before him, only the founder – Blessed Luigi Monti – had held the office without being a priest. Bro. Ruggero was born in Tuenno Valentini, in the Province of Trento in 1954. He was perpetually professed in the religious community of Fr. Monti in 1979. He travels the world overseeing the various communities of the Congregation and has already traveled to North America twice!