Luigi Maria Monti was born on 24 July 1825 at Bovisio, Milan, Italy. As a young man he decided to consecrate himself to God and started to gather young farmers and carpenters of his age to pray and help the needy. 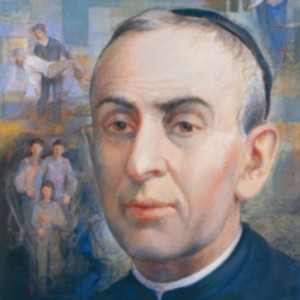 Padre Monti was the eighth of eleven children. He was only 12 years old when his father died and to support the family he made wooden craft items. After hours he gathered other devout craftsmen and farmers at his shop to form the prayer group The Company of the Sacred Heart of Jesus; the locals called them The Company of Friars. The group expanded their ministry to work with the poor and sick, and in 1846 Luigi took private vows of chastity and obedience, dedicating his life to God.

However, Padre Monti lived in a time of political paranoia. He and the other members of his Company were charged with meeting to conspire against the Austrian forces occupying his village. In 1851 they were jailed in Milan for ten weeks, finally released when it became obvious they were a religious, not political group.

Padre Monti joined the Sons of Mary Immaculate, spending six years as a novice, studying nursing and working with the sick in the cholera epidemic in Brescia, Italy in 1855. With the help of Father Luigi Dossi, he founded The Congregation of the Sons of the Immaculate Conception, dedicated to care for the sick. In 1877, with the help of Pope Blessed Pius IX, Padre Monti finally founded his Congregation; working as its leader the rest of his life.

The Sons willingly walked into the worst of epidemics, working in places that others were scared to go, giving their own beds to the sick. Luigi founded small communities throughout the region where men served in hospitals and as traveling nurses to the scattered, impoverished farmers. In 1882 they expanded their mission and founded orphanages with attached schools. 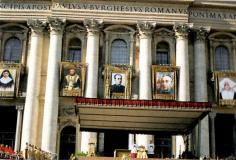 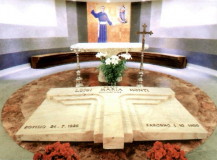 Blessed Luigi Monti was a man of faith.

He received strength from the many hours spent in prayer and the deep love he nurtured for Mary Immaculate, whom he called his 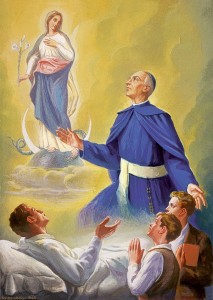 Mother and the Mother and Patroness of the Institute. The love for the virgin constituted for him a sure point of reference in the misfortunes that continuously appeared in his path. He tirelessly encouraged his brothers to take recourse to prayer, insisting that through prayer we come to the perfect knowledge of ourselves, we see clearly the path to follow and we welcome the favors which God bestows upon us Blessed Luigi Monti died on October 1st, 1900, in a state of sanctity and surrounded by the religious brothers and the many orphans for whom he had become a caring and loving father.

The vocation of caring for the sick and for the youth continues to be the charism of the Congregation, leading the Brothers to various countries and continents, bringing to all the healing love of Jesus. In a spirit of selflessness and Christian dedication, all members of the Congregation, brothers, priests, doctors, pharmacists, teachers, lab technicians and nurses, are encouraged to continue their spiritual and professional development in order to carry out their duties with full commitment and competence. Their missionary zeal has led them to various parts of the world, offering spiritual and material assistance as a sign of hope to those in need.

Though a layman all his life, Luigi was known as “Father” by the members of the Congregation and those he helped. He died at the age of 75, nearly blind, completely worn out, and working for the Congregation to the end.  He was beatified in the year 2003 on November 9th.